What’s the difference? There is a big difference. I write this article not because I want to prove a point, but because we live in a society that has evolved in animal welfare services where I think people (many being the rescuers themselves) have lost sight of what role a shelter and a rescue should serve. Reality is, too many people with BIG hearts are involved who are emotionally driven and do more harm than good. Let’s first look at the difference between a city shelter and a rescue group.

A city shelter is a municipal animal shelter that is run by the local government supported by taxpayer dollars. It is there to serve the people and pets in the community and is an open admission facility meaning they never turn anyone away despite their capacity which is why many city shelters still euthanize pets due to lack of space. A rescue group is a nonprofit entity that serves as an animal rescue, shelter, or humane society. A rescue group is created to help relieve the pressure a city shelter experiences to help reduce the number of pets being euthanized because there is no room. Rescue groups take pets from the city shelter to open space for public surrenders, stray and lost pets, and animal cruelty investigations. They have the freedom and flexibility to help animals through foster, private shelter facilities, and boarding opportunities. They can limit and expand what they do or who they help, and they can raise funds to help the animals in ways a city shelter cannot. (For this article a city shelter will be referring to a municipal animal shelter and a rescue will be referring to a nonprofit privately run animal shelter, rescue group, or humane society).

Social media has provided a platform for people and rescue agencies to network and catapult themselves in making a difference for pets in need. The internet has a way of reaching a magnitude of people in a short amount of time. City shelter, rescue workers, and volunteers post pictures and stories on social media of animals being surrendered and pets awaiting or in need of a home or foster. Often these are desperate pleas because the city shelter is at capacity and animal’s lives are at risk. Sometimes these posts are made in real time as the animals are being physically surrendered to the shelter. Social media is so powerful that those posts get flooded with comments along with networking efforts to save the animal. It’s cool to watch, but it is also sad to watch because almost all the time the networking comments are mixed in with ridiculing comments aimed at the person surrendering the animal. Many times, the reason the pet is being surrendered isn’t known, and judgment is passed at very harsh degrees. Just recently a post was made by a city shelter volunteer for two beautiful husky mix dogs. The plea was for the internet audience to help these two dogs as they were in the process of being surrendered (The photo posted was of the two dogs still in the owner’s truck). The reason for surrender was unknown, yet everyone made comments of “how horrible” this owner could be, “how dare they bring those dogs to a shelter,” the owner “should go to every length to find the animal a new home or take it to a rescue.” 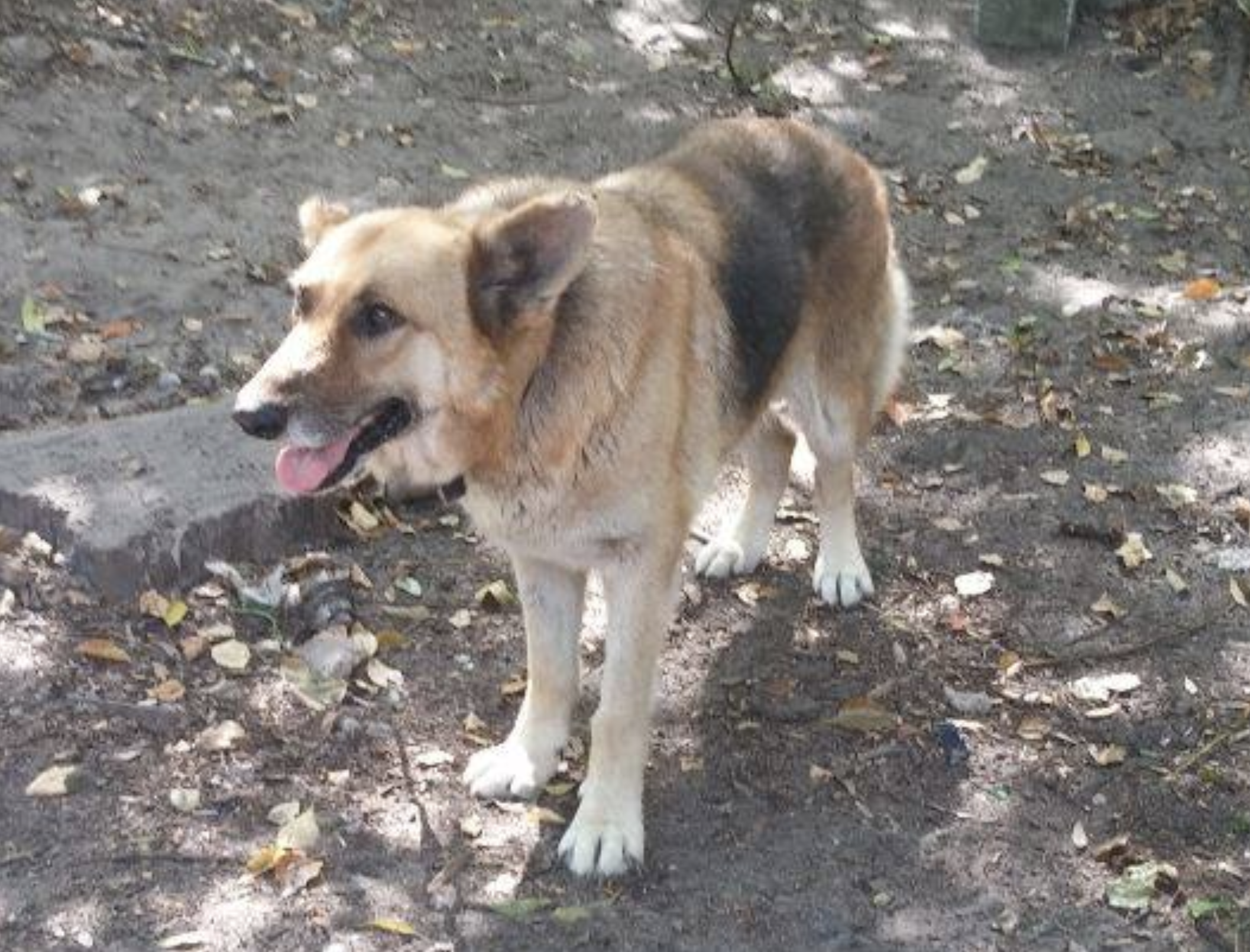 How about “Thank you, owner, for bringing those dogs to a safe place to find a new home,” “thank you for not dumping your dogs or leaving them abandoned on the side of the road.” How about asking why the pet is being surrendered? What can we do to help the owner keep the pet? How about expressing some compassion instead of judgment? Working in the world of animal sheltering for many years while also mingling in everyday life, I listen to people who have no knowledge of my involvement with animal shelters. They comment that they don’t go to an animal shelter or rescue a) because they are unfamiliar and don’t know one exists or b) their familiar with where a shelter is located, but they have heard too many bad comments and negative feedback. They feel they will be judged for taking an animal to “that place,” and so they choose alternative routes when having to deal with an animal issue. Sometimes those alternative routes are not in the best interest of the pet, like placing an animal through Craigslist or giving it away for FREE, or worst just leaving it behind when they move hoping some kind person will have pity and take care of it.

Us rescue people (and I say us because I include myself) can get into a tunnel vision and think because we know of all the resources available and because we go to any lengths to save pets that everyone else should be doing the same. Sadly, that is not the case. Many people (most people) do not even know that rescue groups exist, some don’t even know the city shelter exists until they call the city for help and get directed to the shelter. For some, the city shelter is the only answer. Ridiculing and judging a person for bringing an animal to a shelter is EGO driven and EGO kills more animals than it saves. Whether you have been doing animal sheltering work for 20 years or one year, no one is in a place to know everything or to judge someone else for their actions. Every human being is on earth to learn, and we (you and me) are not here to choose what those lessons are and or how they are to be learned. Regardless of why someone is surrendering a pet, we (shelter workers and rescue personnel) should not be passing judgment. No person has every walked life perfectly and how dare anyone judge why someone is giving up a pet. Our job as people in the animal welfare world trying to make a difference for the animals is to welcome that unwanted animal in and offer to help the person in need of assistance. This is where education goes a long way. If the opportunity to make a difference exists and there is a way to help the person keep the pet through working with them on whatever the concern that is challenging them to keep that animal, then that should be the priority. Teaching people how to keep a pet and providing them with resources to help (like pet food if they are in a financial crunch, dog training if the issue is behavioral, and sharing places to rent that allow pets if it’s a landlord issue) is where change and compassion exist. When we know better, we do better. But if the situation with the pet is not solvable or the owner is unwilling to do anything than the EGO must be dropped, and the next focus is to do your best to accept the animal into your city shelter or rescue group and begin networking to help the animal find a new home. That is why you exist, isn’t it? To help pets in need of a new home and to help them find the best home to fit their needs.

So many people who are surrendering a pet wait until the last minute to relinquish that animal and they literally are at the last resort leaving that pet at a shelter. Sometimes they are open to suggestions and sometimes the ignorance level is too palpable for them to change. That is not yours or my place to judge. Shelter and rescue people should rise above and be the difference for the animal, and that means not passing judgment so that when someone does need to surrender a pet, they will bring that pet to a safe place and not be afraid for fear of ridicule. We (you and me) do a disservice to the animals in society by ridiculing and judging people for actions that we think we are above and they should know better and do better. Yes, humans should do better, but we are a throwaway society and until that changes shelters and rescues must exist to help animals in need.

In regards to those two husky dogs that were surrendered to the city shelter. It was later discovered that the owner had medical concerns they were facing and they could no longer care for the dogs. The owner had nowhere to turn, she waited until the last minute to give up her pets because she was torn between having to relinquish her beloved companions. Wow, thank goodness, a shelter was there with no judgment and no limitation on taking those pets in, in a time of need for an owner that was visibly upset in surrendering those pets but had no other choice. The positive networking that took place to get those dogs into a safe place worked, and the two dogs didn’t stay at the city shelter but a day or two. That is how networking through social media for homeless animals should work minus the negative judgments on the owner.

When a city shelter and the rescue groups within a community work together to help animals in need, they form a coalition that is effective for creating a community of compassion. The reality is, pets will always need homes (whether people move, pass away, become incapacitated, suffer financial turmoil, or they simply no longer want or can care for the animal). Providing non-judgmental resources for people to turn to when in need despite the reason is where compassion exists. When the city shelter serves its purpose, and the rescue groups serve theirs leaving all ego aside you have a working community that can help pets in need despite the reason for the need.